This match was fished at Aust but unfortunately there was a strong south west wind and with an over abundance of weed it made fishing extremely difficult.

We all hoped that we would see some reasonable catches of sole as catch reports earlier in the week indicated that some good sole were coming from this venue. This was not the case.

John Lintern was again the winner catching a ray and a conger. Terry Giles managed two silver eels and two flounders for second place. In third equal place, both catching a conger and a sole was Nigel Pepper and Tony Tandy. Tony also caught the best fish of the day, a conger of 8lb 1oz. Dick Hooper won the flatfish pool with a flounder of 38cm.

Next one at Burton Bradstock September 17th. 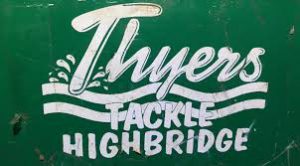